May 06, 2018
I can not possibly put into words the exact feelings I had about crossing the finish line of the NorthFace Endurance Challenge in DC over the weekend. I trained long and hard for this event. I doubted myself over and over again during the weeks leading up to 4/28/18 but knew I had to give it a go. 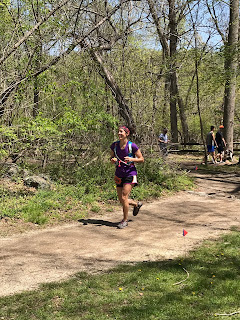 Driving down to DC the night before the race with my husband and friends I started to feel excited but my nerves were still high. I was thrilled that my husband and Kelly came down to support Miki and I as we attempted another 50 miler.

Lets back track for a moment. In 2016 I trained for a 50 mile event that had a 14 hour cut off. The race was a total wash. It rained the entire week before the race and then the whole duration of the event. The trail conditions were so poor that it made running extremely difficult for me. I spent hours and hours walking a sliding in the mud. My attitude was terrible. I had such high hopes for that event and they were crushed by poor weather. I crossed the finish line after 14 hours and 10 minutes. Since the cutoff was 14 hours my time was not recorded, I did not get a medal and they gave me a DNF. I was devastated! (GRT did end up sending me a medal in the mail a week after the event) 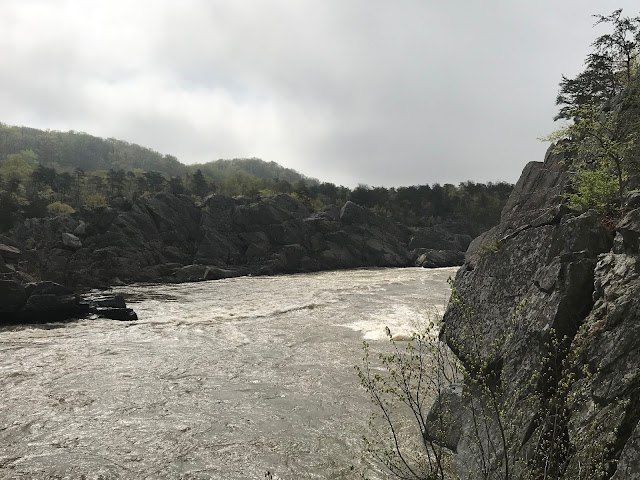 The following year my buddy Miki went back for redemption at Glacier Ridge Trail. I did not go. Once Miki completed the race the second year under the cut off I knew I wanted to try again for another 50 miler but I still was not ready for Glacier Ridge again. I did some shopping around for other 50 milers and found the NorthFace Endurance Challenges. DC ended up being the winner because the date worked well for us and the scenery was said to be amazing.

I reached out to other running friends that had done the DC event before. My one buddy reported terrible weather in years past and even snow. I was nervous. Im not a fair weather runner but I certainly do enjoy a long run in ideal conditions. The weather reports for the days leading up to this race were looking amazing. I was so grateful. I love nothing more than to being able to run in shorts and not have cold legs for the first few miles. Everything about this race day was exactly what I wanted it to be. I could not help but smile the entire time I ran. We did a few loops along the course and many of the people who I ran into along the way even pointed out how I was always smiling. I felt great, the weather was awesome and I just knew I was going to finish this race under the cut off. 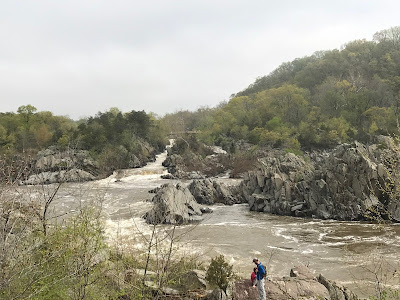 I slowed down towards the last stretch of the race but came across another runner who informed me that even if we walked the remaining 13 miles we would still finish under the the cut off time. This was a huge relief but may have got to my head a bit because I did find myself doing a large combination of walking/running towards the end. My watch died at mile 40 and that was a bit tough. When running alone I often use my watch for company. I know that probably sounds lame and kind of sad but I felt pretty lonely once it died. I did thankfully pass a few other runners along the trail and we exchanged words here and there but I was mostly alone out there by then. Towards the last two miles of the race I was really just ready to be done but knew I still had movement left in me. A guy I exchanged words with while running the three 7 mile loops near Great Falls came trucking past me. I was so inspired by his pace so late in the race. I called out to him and mentioned how moved I was. His response was something like if I don't keep moving I will fall down. So I took that as a sign and ran right behind him. We ran the last two miles rather quickly. I was so grateful to cross that finish line! If you ever have the opportunity to follow through with something until the very end go for it! Don't let self doubt and negative self talk hold you back. I remember telling myself to shut up during the race. I remember telling myself to get out of my own way. The only person who has ever told me I wasn't good enough or strong enough was me and I was not going out like that this time. I finished and I am ready to keep moving forward. Life is truly amazing. 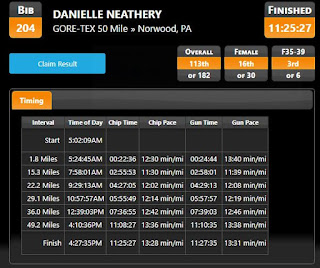 Broad Street is in 4 Days!! If you are not someone who is local, Broad Street is the largest 10 miler in the Country and it takes place in Philadelphia, PA. The Broad Street event started out in the early 80's and has grown and grown ever since. In 2012 the race had over 40,000 runners!  The street that the event is named after is approximately 13 miles long making it perfect for this event. Runners will make there way to the starting area at Erie Avenue and the event finishes inside the Navy Yard.

This event is a must run for anyone in the area however due to the event size participants must enter via a lottery to get selected to run. The first time I entered the Broad Street lottery (2014) I was not running distance yet. I decided to sign up and if I got accepted I would start training. Low and behold I got accepted. I started a 10 week training plan and was hooked on training and distance running ever since! I was completely intimated by the size of the event and…
Post a Comment
Read more

March 05, 2015
Training is not just about crossing the finish line. For me training is about crossing the finish line and not feeling like dog dirt for the next week. I think there are many people that can just cross the finish line on sheer willpower but I do not want to put myself through that type of mental anguish. I know that when I’m doing training runs not only are they beefing up my strength and endurance but they are preparing me mentally for the run ahead. I run to clear my head but after about an hour of running in silence some crazy thoughts can start to pop in. While running on my lunch break on Tuesday I was chatting with one of my buddies/Ragnar teammates about mental thoughts. Saturday while running, I was thinking about how long it would take to get frost bite since I had spilled water all over my glove. This was not an obsessive thought just a passing one but had I been out there for another hour it probably would have turned into an obsession.
The training plan I am sticking wit…
Post a Comment
Read more

April 20, 2017
I have been an a quest for Health & Wellness for many years now. I started thinking more about my health as I was getting closer to my 30s. I had been clean off drugs and alcohol for many years which was a huge plus, but I knew there was more that needed to be done. I quit smoking before my 28th birthday. That single action made me realize how much more I wanted to do for myself. Soon after I quit smoking, I started walking then I started running. Running was not always my passion it was very tough at first and I will admit that I did not love it right away. It took me some time to build a strong pace that I felt comfortable breathing with. I also did yoga on and off for many years and always loved that practice. When my girlfriend did her 200 Hour Yoga teacher training my practice got more intense and I was peaceful. That same friend and yoga mentor moved to Spain and my practice suffered I just did not keep up with it while she was away but I got more into running during that ti…
Post a Comment
Read more